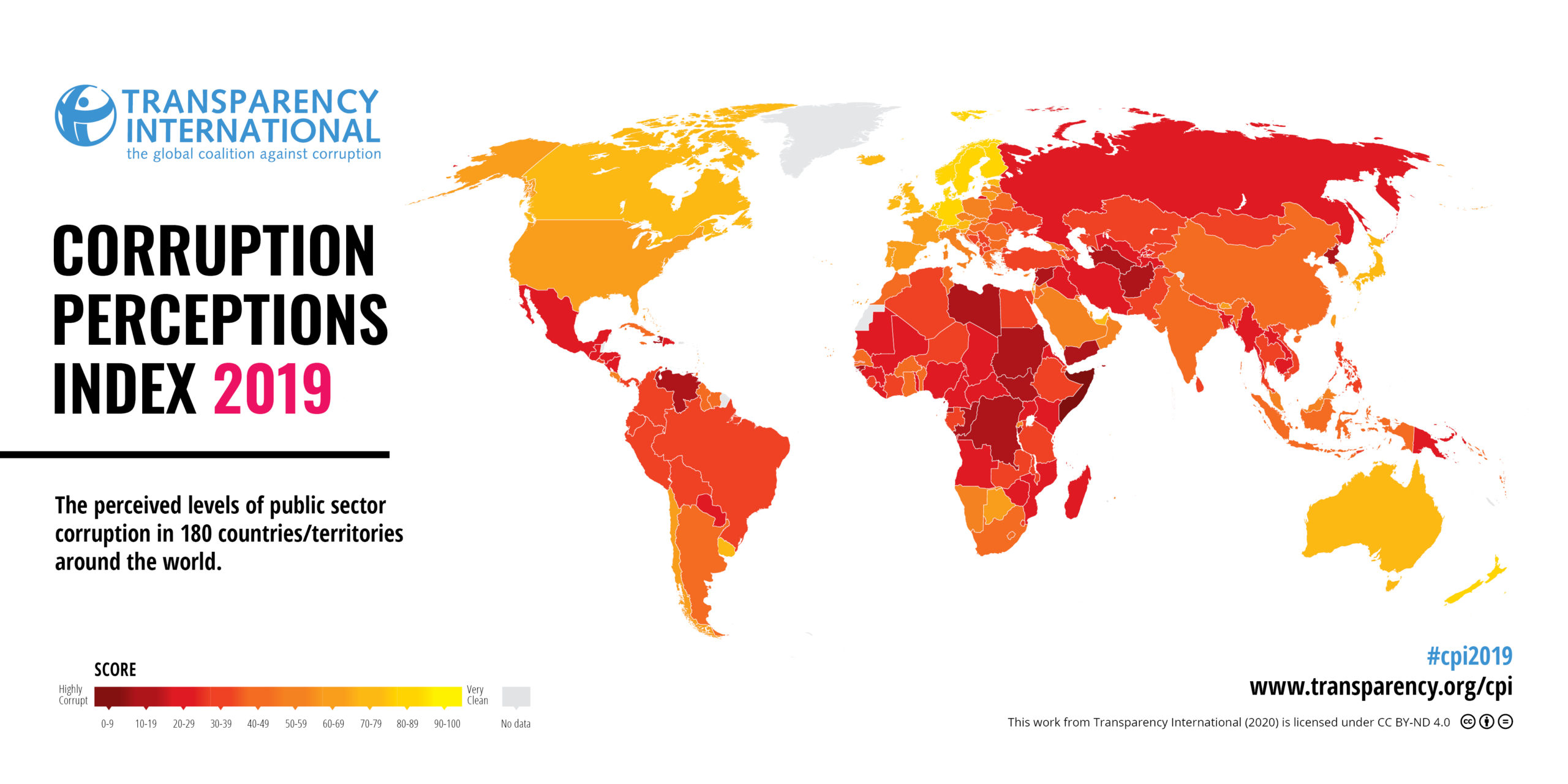 More than two-thirds of countries – along with many of the world’s most advanced economies – are stagnating or showing signs of backsliding in their anti-corruption efforts, according to the 2019 Corruption Perceptions Index (CPI) released today by Transparency International. The CPI ranks 180 countries and territories by their perceived levels of public sector corruption, drawing on 13 expert assessments and surveys of business executives. It uses a scale of zero (highly corrupt) to 100 (very clean). More than two-thirds of countries score below 50, with an average score of only 43. Since 2012, only 22 countries have significantly improved their scores, including Estonia, Greece and Guyana. Twenty-one have significantly declined, including Australia, Canada and Nicaragua.

This website uses cookies to improve your experience while you navigate through the website. Out of these cookies, the cookies that are categorized as necessary are stored on your browser as they are essential for the working of basic functionalities of the website. We also use third-party cookies that help us analyze and understand how you use this website. These cookies will be stored in your browser only with your consent. You also have the option to opt-out of these cookies. But opting out of some of these cookies may have an effect on your browsing experience.
Necessary Toujours activé
Necessary cookies are absolutely essential for the website to function properly. This category only includes cookies that ensures basic functionalities and security features of the website. These cookies do not store any personal information.
Non-necessary
Any cookies that may not be particularly necessary for the website to function and is used specifically to collect user personal data via analytics, ads, other embedded contents are termed as non-necessary cookies. It is mandatory to procure user consent prior to running these cookies on your website.
Enregistrer & appliquer